What Everyone Else Is Reading

Error: Twitter did not respond. Please wait a few minutes and refresh this page.

There was an error retrieving images from Instagram. An attempt will be remade in a few minutes. 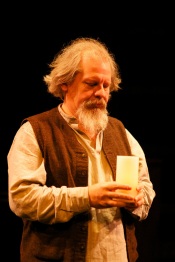 Three women in three different times wrestle with their identity, the conflict between science and religion, and what it means to be their fathers’ daughters. In Renaissance Italy, Celeste Galilei lives under house arrest with her elderly father Galileo, the disgraced astronomer who wants to defy the Pope yet again by publishing one last book. In a small town in Texas, creationist author and TV pundit Robert Snow is at a loss when his ten-year-old daughter Haley’s newfound passion for science begins to pull her away from the Biblical teachings of her upbringing. And in Swift Trail Junction, Arizona, home of the Vatican Observatory’s U.S. outpost, New York sculptor Cassie Willows arrives to find that her estranged father, world-renowned astrophysicist Jasper Willows, has gone missing. As the three stories move towards their point of convergence, the destinies of each become inextricably bound with the others, linked through time by love, family, grief, faith, the search for identity and the wonder of the stars. 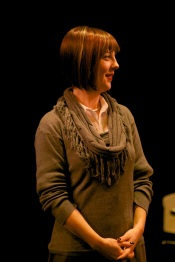 “It speaks well for Claire Willett’s drama Dear Galileo that its staged reading was presented by Artists Repertory Theatre in one of its large halls and featured a top-flight cast highlighted by the reliably engaging David Bodin. And Willett’s ambitious writing was worthy of such resources . . . A very promising work . . . wears a love of learning on its sleeve . . . scrupulously shaped.”

“Willett is up-to-date on her science — I bet she’ll change her script if the Hadron supercollider near Geneva actually locates the Higgs boson, or ‘God particle,’ which theoretically gives particles their mass. Look, I don’t understand that either, but I bet Willett does, and a lot of present-day and Renaissance astrophysics makes its way smoothly into her script, and it even provides a central metaphor, one of connection at the most basic sub-atomic levels.  At last summer’s JAW new play festival, a couple of plays had a science orientation, too, and now I’m thinking that the city may need a ‘science theater’ to stage them all. Dear Galileo should be in its first season.”

“Dear Galileo is a promising new work, smart and sensitive . . . The most potent parts of the text come in the juxtaposition between Jasper’s lectures on the physics of the universe including black holes, the Doppler effect, and Heisenberg’s uncertainty principle, and the simple observations of a curious child who likes to look at the stars.”

3 thoughts on “About “Dear Galileo””